Welcome to Darker Than Blue Grille...! 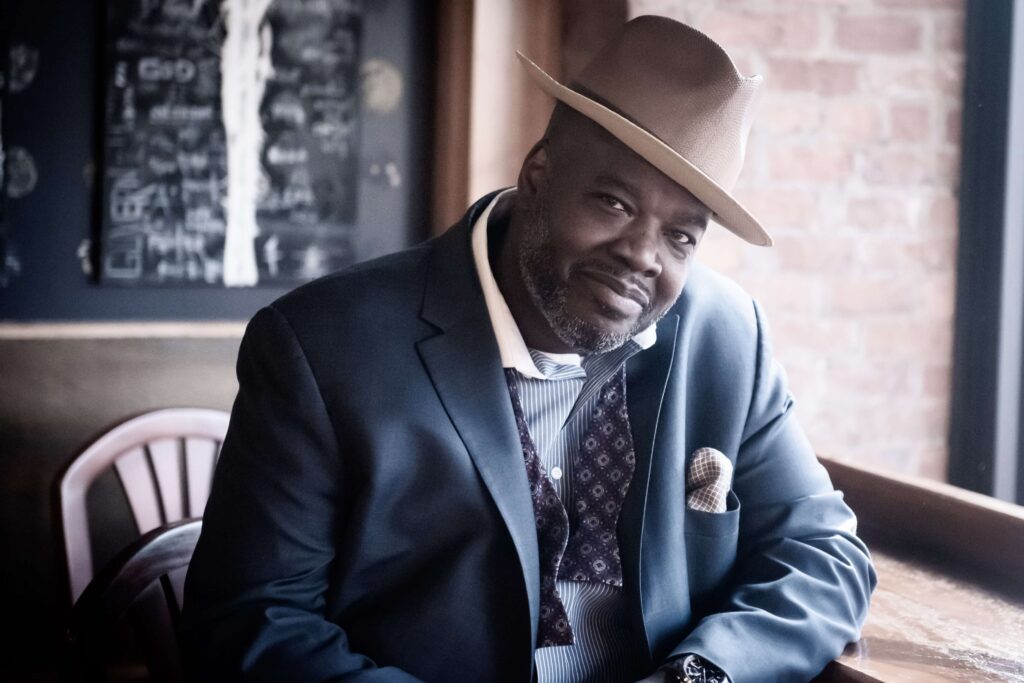 Casey A. Jenkins C.W.C. started his cooking career in the United States Marine Corps in 1985.  After being honorably discharged in 1989 he graduated from The Culinary Institute of America, the world’s premier cooking school.  There he developed meticulous cooking methods under a focused curriculum.  Relevant coursework included: International Cuisine, Oriental Cooking, Physiology of Taste and Presentation, Cost Control, Edict, and Wines and Spirits.

He was first introduced to fine dining during his internship at Pompanos Restaurant in the Atlanta Marriott Marquis.  He continued honing in on his knowledge of plate presentation, food taste variation and cooking methods by working with such world-renowned chefs as Christer Larson of Aquavits, Chef Karl Krieger of the United Nations Delegates Dining Room, and David Silverman of The Water’s Edge.  Understanding that there is more to being a chef than just cooking, he has worked as Food Service Director of Morning Side Nursing Home through Marriott Management Services.  There he became more proficient in issues of food cost, labor cost, and yearly budgeting and planning.

He was then hired as the Sous Chef for Paolo’s, Baltimore Harbor’s most popular Italian restaurant.  During this experience he developed a better understanding of total kitchen management and efficiency.  After serving as District Manager of Food & Nutrition of Sunrise Senior Living, Chef Jenkins opened his own restaurant Darker than Blue Café In 2006, aspiring chef Casey Jenkins, happened upon an affordable fixer upper of a restaurant that he wanted to be his beginning. In a somewhat sketchy community with a storied past, Waverly was off-limits to most traditional restaurateurs who preferred to open in glitzier developments. But Jenkins and his partners were on a tight budget and Waverly fit the bill: low rent and autonomy. “We had to break the mold of modern restaurants,” said Jenkins. “I wanted to build a restaurant my friends could always visit and enjoy a nice meal and hopefully make a living.”

On a shoestring budget and fueled by little more than passion and talent he opened Darker than Blue Café to little fanfare. Then reality set in “We were empty for the first 4 months,” said Jenkins. “I was the only person who cared that we opened, and I had some serious doubts.”

The strip of Greenmount Avenue in Waverly that is the home of Darker Than Blue Café has a storied past. It’s a bustling business community of low cost clothing, liquor stores, and carry-outs that was and is still the heartbeat of the community. But the typical urban hurdles or crime, trash, and other nuisances have kept it from becoming the shining jewel community leaders have hoped for. For Jenkins, it scared off potential customers. “People literally would drive pass, stop, then hurry back to their cars and leave, it was disheartening.”

His stubborn and arrogant nature wouldn’t let him quit, so he forged ahead with a plan. “ I figured, to get people here, we have to make the community a priority to Baltimore,” said Jenkins. “ So I started yelling.” And yell he did. He yelled to legislators, neighborhood associations, journalists, businesses, and casual users of the popular Waverly Farmer’s Market. He basically talked to anyone who would listen. “I raised my voice for Waverly to show Baltimore that it is forgetting a wonderful community that is full of people who love Baltimore

It worked and people took notice. Today, Jenkins is President of the Waverly Merchants Association and a go-to-guy for anyone who wants to work with Waverly. Waverly is back on Baltimore’s radar and his restaurant is too listed among Baltimore Magazine’s Top 50 Restaurants and Best Southern Cooking. Indeed five years later his recipe for success seems to be working.

“We have become a part of the community and we want to share our success with them by opening our doors to celebrate,” said Jenkins. “We are happy to be here and they are the reason we are still here.”